The eMax Music library assets have been appraised, originally
for over $124 million.

MPIX has already completed digitization of 2500 songs from it’s 17,500 catalog.
In addition, there are a number of songs that have already been packaged inclusive of cover artwork ready for sale and distribution.
The three primary means of generating revenue are as follows:
Digital Downloads.  MPIX music will be made available for purchase on third party download sites as well as MPIX proprietary sites.
Specialty Music Sales. Collections, Legacy and music bundled for sale.  By way of example “The Best of Collections” or “Best of the 60’s , 70,s and 80’s.  These will be distributed from a variety of outlets ranging from Dollar Stores to Starbucks.
Music Publishing and Licensing.  Fees for use and play of catalog music where MPIX owns publishing rights and master licensing (use) fees.  In addition, MPIX will generate license revenue from remixing and re-recording masters rights and/or music  where MPIX controls publishing rights,
Music Library Source of Revenue

MPIX Records is currently in the process of packaging Legacy Music and video collector sets for retail, wholesale and download sales.

MPIX Publishing is working with several top billboard charting Music DJ's and recording artists who want to remix and release songs from our the MPIX master music catalog.
MPIX Publishing will license music
for use in television programming and motion pictures.

ROCKIN MEMORIES’
Working to Preserve the legacy of Rock & Roll

Collector Video
"Elvis Presley walked over to Charlie Hodge one night backstage in Memphis, where Charlie was appearing with the Foggy River Boys. That one, solitary moment would alter both of their lives forever.

Share some interesting moments between these two extraordinary friends....one from Tupelo, Mississippi and one from Decatur, Alabama....both from humble beginnings. They shared a common interest....music. They traveled the world together, entertained royalty and lived a dream together for 21 years.

Wherever Elvis was, Charlie was not far away. Charlie lived at Graceland with Elvis and his family for 17 years. They served in the Army together, toured Europe together, recorded together, performed together, and made movies together. "The Elvis I Knew" is a tender look at loyalty and friendship of the highest kind, and gives us insight into the personal character of one of the legendary entertainers of all time.
“The Elvis I Knew”

Slated to become a new realty show
with the premise of viewing the day-to-day work,
Drama and excitement that goes on
in the Entertainment Business with MPIX.

The frame of the show is focused on taking key executives, artists and producers working within MPIX and watching their experiences and development in media sector utilizing and promoting the companies events and products.

MPIX will include the day to day events surrounding the production projects the company is currently working on .

This includes a significant commitment to developing programming from China.
China is the fastest growing market in the world and focus for many global brands.
ZZYX has secured the exclusive right in association with
China Arts a division of the Chinese Ministry of Culture
to bring western artists to the Forbidden City for Concert Events
and currently represents the
The BirdsNest (The National Stadium of China) to develop new projects.
These venues are also national monuments and treasures of China that provide
extraordinary co-branding opportunities for sponsors


ZZYX has a globe perspective
seeking content opportunities
to reach a world audience.

Forbidden City Concert Series. A global television event of never before seen performances by the biggest names in music at the Forbidden City Ancestral Temple.
New Years Eve Global TV Special (December 31, 2013) The official calendar countdown from both sides of the planet, watching the biggest names in music and celebrities celebrate the magic of this evening both in Las Vegas, Miami, and Beijing, China. This will be a cross-cultural exchange showing a special bond through the celebration of bringing in a new year. Western and Eastern elements will fill the stages on both sides of the world to bring you a Global party!
Show of Peace. The Show of Peace is a global television special celebrating a vision for a better world through the universal language of music. This global event will be viewed by an estimated 2 billion people worldwide with a purpose of creating awareness for peace and a cleaner environment, to protect our planet for future generations to come.
Basketball Hall of Fame. The Basketball Hall of Fame, located in Springfield, Mass has provided ZZYX with the license to create, develop, build and operate a new Basketball Hall of Fame venue in China. A recurring revenue generator, expect millions of visitors annually to visit the China Hall. China is fanatical about basketball and is the largest participant of basketball in the world.
The Digital Entertainment Award Show is a multi-media global broadcast that will celebrate the digital lifestyle embraced worldwide. As our world evolves into a multi-faceted lifestyle dependant of technology, this two hour global TV special will acknowledge the best of the best in the digital lifestyle world with the A-list stars.
ZZYX Projects

Numero 5, Mindpix Corporation, and ZZYX Entertainment, LLC (ZZYX) announce "Messi and Friends" on July 6, 2013
Numero 5, Mindpix Corporation (OTC Pink: MPIX) and ZZYX Entertainment, LLC (ZZYX) today announced that they have signed an agreement to develop "Messi and Friends" an all-star soccer event featuring Lionel Messi to be held at Chicago's Soldier Field on July 6, 2013.
A Limited number of VIP Ticket Packages are scheduled to go on sale today for this all-star event at www.messiandfriends.net.
The tournament will highlight the skills of Lionel Messi–arguably the greatest player in the history of the sport – and 35 of the top players in the world, representing more than a dozen countries, creating a dream lineup for soccer aficionados throughout the world.
"I'm excited about playing in Chicago and showcasing many of the greatest stars of our sport. It's also important for me to connect with soccer fans in the USA and to promote the work of my foundation, and for that I am very thankful for this opportunity," stated Leo Messi.

Once digitized and re-mastered
provides a special tagging number,
denoting the songs identity
parties relevant to the songs production

MPIX artists, writers, publishers and cooperating labels have access to track all sales revenues, and/or any royalties on a real time basis.

“DNA” tagging system will also contain a special security feature that will allow MPIX the ability to track and and assisting assist in preventing piracy of all songs tagged by MPIX Digital Network globally.
MPIX will work with BMS Chace
to design a
New Proprietary Digital Music Network.

introduced 3rd-party Master Verification services to the industry, vast majority of recorded assets move through one of our offices
An overview of BMSC

first look - BMSC plays a significant role in the delivery process because we collect, verify, and input all metadata related to the project as specified by the label

BMSC has become the primary source for asset access for its clients. we provide a client web portal for lookup and download
An overview of BMSC

partners included Universal Music Group, Sony Music, EMI, WMG, Disney, NARAS, and others (some names have changed since 2007...)
An overview of BMSC

BMSC, in conjunction with the Library of Congress, has handed off ownership of this IP to DDEX for stability and proximity to the major players in the subscription/ download market - license freely available
Outcome of project

BMSC will chair the newly-formed Working Group within DDEX for implementation
will work with label DDEX engineers to scope schema to best fit existing IT infrastructures (if you write the rule-book, you better figure out how to profit from it)
DDEX implementation licenses have eclipsed 1000, and they clearly plan to address an end-to-end solution as evidenced by their membership
Outcome of project

guess that’s why we are here!

guess that’s why we are here!

there are over 40,000 students currently enrolled in a college/ university to learn the music business
most of these students focus on the producer/ engineer career path
we have 2 local universities with well-respected programs (Belmont and MTSU) that have expressed strong desire to integrate metadata into their curricula
Educational

however, the most important component is providing a web-based portal, based on DDEX standards, that each student would be required to use for collection of metadata for student projects
an accompanying eBook will also be a part of this program
professors will have additional capabilities to review the ongoing student work
Educational

by creating a web-based portal, there will be minimal integration issues with the existing college IT infrastructure (which can be a problem for some institutions)

we view this as a recurring revenue opportunity

with our knowledge base of how recorded music projects work, many additional solutions present themselves:

why? we create definitive metadata from various sources for each project we handle ... verified and cleansed. what’s the point of “dirty” metadata flowing into the pipeline?
Market solutions

President Armando Almirall has been in the finance industry for ten years. His intensity in the field has been astounding having one of the most extensive and versatile resumes in the community. From the beginning of his career he aligned himself with a major international company being one of the youngest internal auditors; in addition to developing commercial venues, to then becoming a senior executive and limited partner with an independent investment advisory firm, as well as opening additional residential, commercial and equity placement mortgage firms. Through his high paced business ventures and wide-ranged experience in successful product placements, Armando brings a creative strategy that is turn key to this firm.

Rick Garson’s creative vision and extraordinary base of relationships in the music, entertainment and broadcast provides the foundation to ZZYX.

He has produced events seen by billions worldwide. To date Rick has managed to build an award winning team that has been involved in producing and directing some of the world’s largest entertainment events, such as Academy Awards (Oscars), Grammy Awards, Super Bowl, Olympics, Live Aid, MTV Awards, Live Earth, and more.

Edwin F. Winfield is co-founder of ZZYX Entertainment, LLC with his partner Rick Garson. Edwin is also CO-COO and President of ZZYX as well as President of a ZZYX affiliated company Stella Productions, a full service production and post company based in Las Vegas. As a film and television Producer and Director, Edwin has a broad array of award winning production experience including 30 Second commercials, network television specials, national programming, independent films and new media launch for digital networks. His personal experience in branded entertainment content has extended to overall philosophy of full service content, program development, distribution and monetization.

BMS/Chace President and co-founder John Spencer has widespread experience and visibility both in the music industry and in the fields of archival preservation and enterprise class information technology. Since 1978, he has been involved in many facets of high-technology professional audio and video, and was previously Vice-President of Sales and Marketing for Otari Corp.

John is CEO and ambassador at large for BMS/Chace, preaching the gospel of structured metadata collection to media companies and institutions worldwide. His efforts led to a 3-year partnership with the Library of Congress, strategically focused on metadata best practices for the commercial recording industry.

BMS/Chace President and co-founder John Spencer has widespread experience and visibility both in the music industry and in the fields of archival preservation and enterprise class information technology.
Since 1978, he has been involved in many facets of high-technology professional audio and video, and was previously Vice-President of Sales and Marketing for Otari Corp. 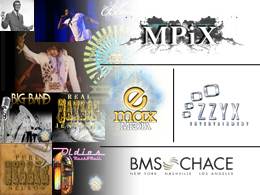