Hip Hop Finally Has Its Own Parade

Hip Hop Finally Has Its Own Parade... Read more

1888 Press Release - The non-profit International Hip Hop Parade organization has confirmed July 14th as the day the first annual Hip Hop Parade will be held in the Birthplace of Hip Hop, the Bronx, New York.

Hip Hop Finally Has Its Own Parade
1888 Press Release - The non-profit International Hip Hop Parade organization has confirmed July 14th as the day the first annual Hip Hop Parade will be held in the Birthplace of Hip Hop, the Bronx, New York.

New York, NY - Al Pizarro and the International Hip Hop Parade is pleased to announce the first parade for Hip Hop ever.

"This is an event that will celebrate a culture that is a multi-billion dollar industry today. It was given birth right here in the Bronx, a fact that we are proud of. It is the reason that the parade will be held in the Bronx this July 14th and every year after by the grace of God and the Mayors office, the 48th precinct, along with the Bronx Borough President, Director of Borough Operation & Constituent Services, Chief of staff Camilla Price and Deputy Chief of staff", says IHHP founder Al Pizarro.

"Al and co-founder DJ Tony Tone of the world renowned Cold Crush Brothers felt there needed to be supplemental events leading up to the actual parade. The MC competition was a natural fit because that is the foundation of Hip Hop. Rappers trying to out do the other through their rhymes. Competition is the basis of our democratic, free enterprise society", says IHHP board member and pioneering producer Spyder D. There are independent agents for the MC competition in over 23 markets and counting thus far.

IHHP will introduce "loyalty cards", a limited series of debit cards that will bear the likeness of such Hip Hop pioneers such as Afrika Bambaatta.

Initially, the cards can be used by contestants to enter the competition.

The parade itself is now officially scheduled to be held on July 14th. The parade route will be disclosed in a separate press release.

Some of the iconic Hip Hop names and legends associated with the parade so far include:

IHHP is also holding monthly symposiums that address the Hip Hop culture held every month at various venues in the Bronx. A panel of experts are available to discuss why Hip Hop is "no longer a dirty word".
"We anticipate this parade, to generate as much fanfare and excitement that any parade held in New York.

Parades like the Puerto Rican Day Parade and hopefully it can grow to be like the St. Patrick's Day Parade or even the Thanksgiving Day Parade over time", said Pizarro.

"This year will be the first, and we hope to attract the entire New York community and visitors from all over the world. We are very grateful to receive any inaugural sponsors, especially in association with our MC Competition and Loyalty Cards. 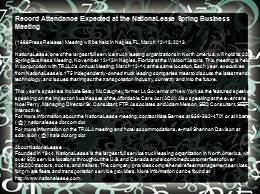