Personas WHAT 223Fictional characters created to represent the di037erent user types within a targeted demographic, attitude and/or behavior set that might use a site, brand or product in a similar way224 223037e special aspect of a persona description is that you do not look at the entire person, but use the area of focus or domain you are working within as a lens to highlight the relevant attitudes and the speci036c context associated with the area of work.224 PERSPECTIVES 1. Goal-directed ; 223036e hypothetical archetype that is not described as an average person, but rather as a unique character with speci035c details.224 223A move from initial personas to 035nal personas. In the beginning of the process, a large number of personas are created based on in- depth ethnographic research. 036e initial personas grasp an intuitive understanding of user characteristics. Later on, these are condensed into 035nal user. Every project has its own set of personas (Floyd et al., 2008).224 223It is the users222 (work) goals that are the focus of the persona descriptions, e.g. work034ow, contexts, and attitudes.224 2. Role-based ; Goal directed and also focuses on behavior. 223Massively data-driven and incorporate data from both qualitative and quantitative sources. O033en, dozens of personas are shared among projects (Floyd et al, 2008).224 223Focuses on the users222 roles in the organization224 3. Engaging , which emphasizes how the story can engage the reader; 223Rooted in the ability of stories to produce involvement and insight. 036e purpose is to move from designers seeing the user as a stereotype with whom they are unable to identify and whose life they cannot envision, to designers actively involving themselves in the lives of the personas.224 223We mirror ourselves in the people we meet. And we experience others as both identical to and di035erent from ourselves.224 223It requires a broad knowledge of the users, and data should include information about the social backgrounds of the users, their psychological characteristics, and their emotional relationship with the focus area. 036e persona descriptions balance data and knowledge about real applications and 035ctitious information that is intended to evoke empathy.224 4. Fiction-based . 223Often used to explore design and generate discussion and insights in the field224

Sabrina Templeton EXAMPLES 1. Sabrina was our persona to design a navigation application that would help her to get to the zombie-free land of California safely . 2. Yalda, Guray, and Esmaeil were my personas to create a music application, which would help them identify di037erent genres of music and explore. 036e personas were used when creating a system map for the design concept containing scenarios based on persona entry points. 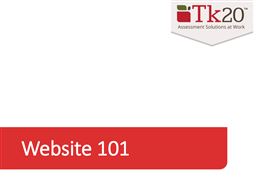 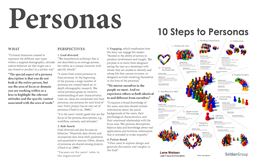